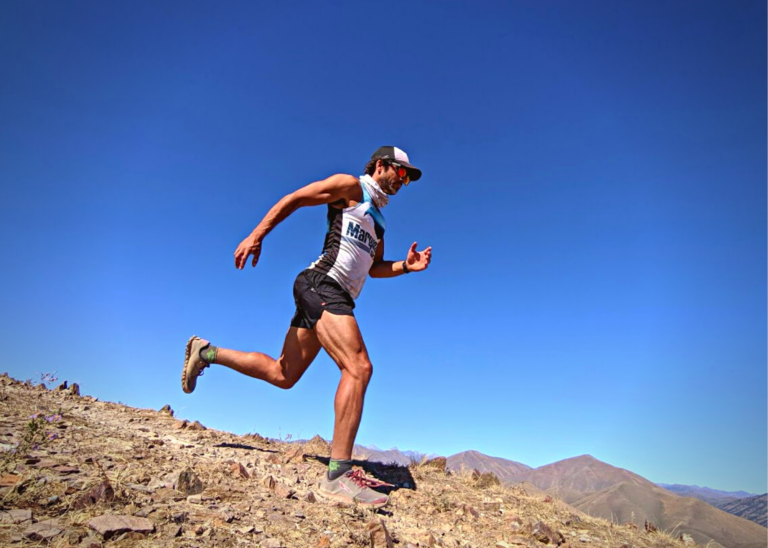 Running is simple. Put one foot in front of the other and repeat the pattern but do it fast enough to propel the body airborne between steps — but for some of us, it isn’t simple enough to be called a sport or a hobby. It’s an act of exploration and expression. It’s an act of defiance against societal expectations to seek comfort and sedentarism. It’s how we experience what the universe has to offer.

With comfort keeping too many of us under a sedative hypnosis, few people understand running. They just see some weirdo in shorts gallivanting down the street, sweating and grunting. They don’t recognize the meditative or rejuvenating effects. They don’t acknowledge the act of tearing ourselves apart to seek the deepest parts of our souls. Some of us run because we are seeking something beyond running. I call it ultrarunning.

Ultra is a simple prefix, yet it says more than enough. In fact, it means more than enough. The literal translation is beyond in Latin, and it has become my favorite prefix. Sound can be ultrasonic, light can be ultraviolet, and Michelob can be ultralight. In tradition, the term ultrarunning is an abbreviated way of saying ultramarathon running, meaning running a race of a distance that is more than the standard 26.2 miles of a modern marathon.

To me, ultrarunning, as one compound word, isn’t the mere act of running an ultramarathon. It’s the act, as the prefix suggests, of reaching a place beyond running. Of course, to get there, I must run first.

The etymology of run takes us back to ryne of the Anglo-Saxons, which was synonymous with flow, like the current of a river or the change in the tide. The word later transformed into rune, which referred to any kind of course — such as a road, a path, a trail, or an expanse of mountainous terrain. It also could have been a circadian rhythm, an orbit, a month, or a week.

There’s a place running takes me. Call it flow state, energized focus, or being in the zone. For me, running to that special place requires more than leaving a couch or a cushioned office chair and jogging down the street. For me, it requires going beyond the paved bike path. Life begins, as the aphorism goes, where the pavement ends — but it isn’t this simple either. To get to that mode of Zen, one-with-with-the-universe, self-transcendence state-of-mind, I might have to run until I see stars, which either means the sun has gone down or I seriously need some electrolytes.

Either way, I must run for a while first. Either way reveals light from the infinite, almost distinguishing between the perceived world and what exists. It’s as if the stars are there to remind us of our insignificance and our connectedness simultaneously. Whether or not I see stars, they’re always there — and although I’m not Superman, the soles of my shoes assist in my futile attempt to defy gravity.

I wouldn’t say that running makes sense of the unknown. Anyone who has stargazed for a long enough time knows that pondering the unknown overwhelms our comprehension. Mayans, Egyptians, and the people who built Stonehenge understood the patterns of astronomy as much, if not more, than modern leading minds on the subject — but did they know about quarks, electrons, black holes, and dark matter? Did they know anything beyond the observable universe, or were they just as clueless as me?

The universe is under no obligation, as Neil DeGrasse Tyson has put it, to make sense to us. Even the observable world around us remains with parts unknown. No human eye has seen some species of plants and animals, just as there are unclimbed mountains and depths of the ocean unreached. Many of them will remain this way long after human beings have gone from this planet — so no, running does not always make sense of it, but it enables me to accept the chaos. It enables me to wipe the clutter clear.

Running provides perspective. When I run to the top of a mountain, I can look out over a landscape composed of buildings and streets, traffic and commerce, but it’s in front of a backdrop of hills, trees, mountains, and sky. I can see houses next to other houses, owned by this person and that person. I can see public land and property owned by individuals, but no one claims ownership of everything. The school down there is just another building, and I am not enclosed by it.

Most people never reach this place. Many people fail to enjoy the sunrise, the sunset, or even the horizon, let alone go for a run down the street. If they do run, it’s most often a chore to lose weight. Running is no different to them than liposuction, tapeworm capsules, or bottles of wight loss pills.

The sun illuminates our perceived world, but it does not enlighten everyone. To observe beyond the observable, I must run inward and outward as well as forward. Then I allow curiosity, observation, and creativity to flourish.

We can all interact with the ground and the sky without a meditation application. We can have such experiences in times of joy, sadness, prosperity, and despair. Whether or not we share in the experience, we are all part of it.

It’s attainable at every moment of every day, and every state of mind exists within it, in the brightest sunrise and the darkest hour. I feel more alive than ever when I get there, and I embrace my surrounding space with ease. I jump across puddles, leap over fallen logs, and charge up mountains, embracing playful spontaneity and seemingly endless energy.

This place is sacred, as if the perceived distance and the space beyond are one. They are one, and this truth is never more apparent as when I follow both logic and intuition. In this place, there is no shame or insecurity. There are no students flinging erasers at each other or making fart noises with their armpits (I’m a teacher).

With the soles of my shoes against the dirt, my lungs absorbing air as I float into the sky, my ego disappears. It’s as though I don’t exist — yet I am part of all of it, the eternal tide of expansion and contraction of the universe. It ebbs and floods through me as I ebb and flood through it. I am made of the same atoms as all the material of the universe.

Branches scratching my skin or sharp rocks beneath my soles are reminders that I have a body in physical space. Thoughts and emotions are not separate, but they are not the same either. The effort and energy it takes to run to this space resides in the beyond and in me. In our modern society, most people never make it here. As accessible and as beneficial as this state can be, I must never take it for granted. Like the stars, it is here, and I am here, too, whether or not I observe it — and to observe it, I first must run.